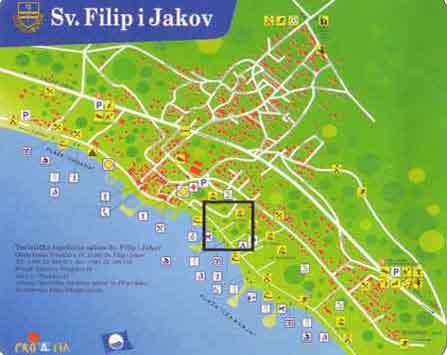 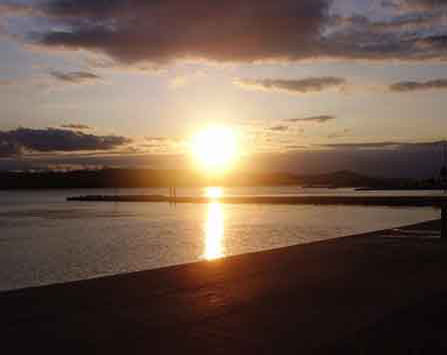 Sv Filip i Jakov (St. Philip and St. James) belonging to the County of Zadar is a picturesque coastal town developed around the medieval church of the same name. It is located on the coast of the Pasman Channel. Its beautiful beaches and crystal clear sea, its local cuisine and traditional hospitality and above all, its mild Mediterranean climate make it an attractive tourist resort. It is also a place known for summer residences and gardens of noblemen from Zadar of which the one of Borelli family is still famous.

The town was once a port for a Benedictine monastery in Rogova. It had a fortified abbey with its own church, basement, oil refinery, and salt-works.
Its tourism dates back to the 50s of the 20th century when it began to attract more and more visitors. The inhabitants of St Filip i Jakov mostly occupy themselves with agriculture, wine-growing and tourism.
The place has beautiful beaches awarded with a Blue Flag offering numerous sports and recreation possibilities such as beach volley, pedal kayaks, and of course, there is a playground ideal for small children.

Thanks to its central coastal position, the town has developed an extremely efficient transport network (bus, plane, ferry) that connects many interesting cities and areas: Sv Filip is located only 4 km from Biograd and 25 km from Zadar. Moreover, in the area there are many national parks -  Kornati, Krka, Paklenica, Vrana  to which local tour operators organise daily trips, tours and excursions.